Videos to help with Intelligence, Motivation, and Emotion 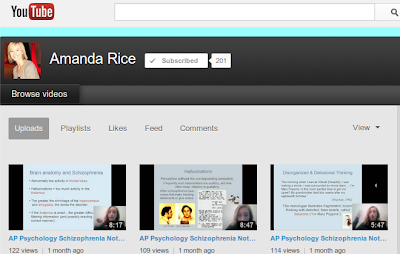 You have sat through, listened and discussed this unit with Mr. Duez. But, wouldn't it be nice to hear about these topics from another perspective. Mrs. Amanda Rice has some tremendously effective video lessons out on Youtube. Here is a list of some you could use to help you with this chapter.

I have been producing some of these myself, but they aren't totally ready for this unit yet. I will be doing them this week over Development, Personality, and Stress because we won't have as much time to cover those topics in class. We only have 28 days until the AP test - so we have to use every advantage we can muster.