TUE - 4/6 - DO NOW: What makes a psychological disorder? (All psych disorders have these conditions)
**On Tuesday - Block day due to testing - 1st & 3rd periods for Psych**

THU - 4/8 - DO NOW: Joseph never sleeps through the night. He wakes up at least once per hour to check all the doors and windows in his house to make sure they are locked and to check the stove to make sure it is turned off. What would Joseph’s behavior would be classified as?

FRI - 4/9 - DO NOW: Margaret has hardly gotten out of bed for weeks, although she’s troubled by insomnia. She doesn’t feel like eating & has absolutely no energy. She feels dejected, discouraged, spiritless, & apathetic. Friends stop by to try to cheer her up, but she tells them not to waste their time on “pond scum.” What do you believe her diagnosis might be? 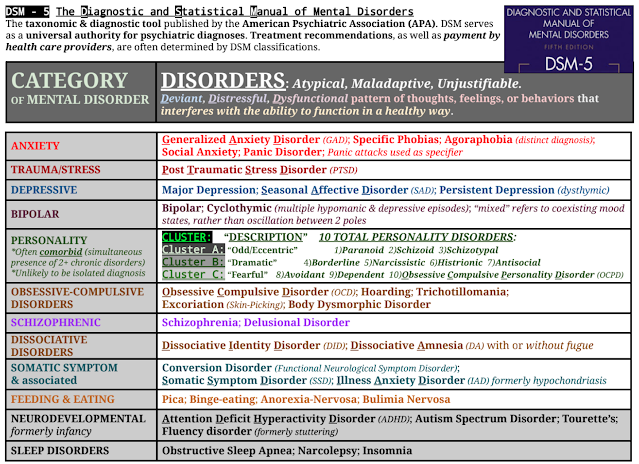